Back to International Conferences

30 May - 1 June 2019 | University of Economics, Prague, Faculty of Finance and Accounting

9th International Conference of the Financial Engineering and Banking Society Situated in the northwest of the country on the Vltava River, Prague is the capital and the largest city of the Czech Republic. This magical city of bridges, cathedrals, gold-tipped towers and church spires is also the fourteenth largest city in the European Union. The city is home to about 1.3 million people, but its larger urban zone has approximately a population of nearly 2 million. Since the Middle Ages Prague has cherished the reputation of one of the most beautiful cities in the world as well as the political, cultural, and economic center of central Europe. The city was founded during the Romanesque era and flourished during the Gothic and Renaissance periods, it was also the seat of two Holy Roman Emperors and therefore the capital of the Holy Roman Empire. Later Prague became an important city to the Habsburg Monarchy and its Austro-Hungarian Empire, after World War I it became the capital of Czechoslovakia. In 1993, after the split of Czechoslovakia, Prague became the capital city of the new Czech Republic.

The physical attractions and landmarks of Prague are many. Among the finest is the Charles Bridge, which stands astride the Vltava River. The winding course of the Vltava, with its succession of bridges and changing vistas, contrasts with the ever-present backdrop of the great castle of Prague Castle, which dominates the left-bank region of the city from behind massive walls set high on a hill. The narrow streets and little taverns and restaurants of the older quarters contrast with the broad sweep of Wenceslas Square and modern parks and housing developments, while the great 18th-century Baroque palaces have their own elegance and splendour. Seen from the surrounding hills, the many church towers make up a unique perspective, giving Prague its description as the “city of a hundred spires.” This architectural harmony was enhanced by post-1945 planning, which preserved the ancient core of the city as a major monument and carefully supervised all modern building. In 1992 the historic city centre was added to UNESCO’s World Heritage List.

Perhaps the greatest treasures of the city, however, are the 2,000 offi 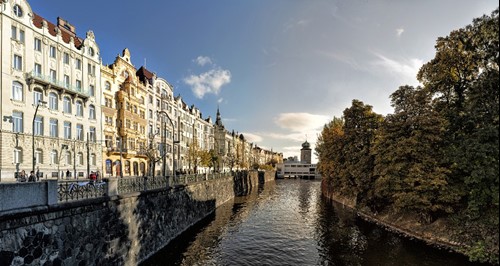 cially recognized architectural and artistic monuments, ranging in period from the Romanesque through the Gothic to the Baroque, Rococo, Classical, and Neoclassical. The interiors of the buildings, which often house major art collections, have been restored since 1945. The most notable Romanesque monument is probably the 10th-century Church of St. George, behind the north wall of Prague Castle. To the west is its more massive successor, the basically Gothic St. Vitus’s Cathedral, the twin spires of which dominate the city skyline. Other Gothic monuments include the Týn Church on Old Town Square; the elegant Powder Tower, marking the former city walls in what is now the busy Příkopy shopping area; the restored Bethlehem Chapel, where Jan Hus preached in the 15th century; and the St. Agnes Convent, built in 1234 and notable for its collection of 14th-century paintings. The Old-New Synagogue and the tumbling, crowded gravestones of the Old Jewish Cemetery—Europe’s oldest—betoken the strong Jewish tradition in Prague life. Baroque buildings are the city’s greatest single artistic treasure, among them the splendid Valdštejn and Clam-Gallas palaces, St. Nicholas Church, and the Antonín Dvořák Museum. The geometric tiling of the Golz-Kinský Palace facade provides a distinctive glimpse of the Rococo style. Classical buildings include the Bedřich Smetana Museum on the riverside and the elegant Belvedere Palace (the former Royal Summer Palace). The National Museum and the National Theatre are the main Noclassical buildings.

The University of Economics, Prague

The University of Economics, Prague (VŠE), founded in 1953, is the biggest public university

Currently, there are more than 15, 000 students at VŠE. The number of applicants considerably exceeds the university’s capacity every year. VŠE offers bachelor’s degree study branches in Czech, English, and Russian; master’s degree study branches are offered in Czech and English. The university is highly appraised both in the Czech Republic and abroad. VŠE has been certified with the “ECTS label” and “DS Label” by the European Commission thanks to correct implementation of the credit system. The Faculty of Business Administration is EQUIS accredited, which ranks the faculty among the top 1% of business schools in the world. Two master’s degree programs – „International Business – Central European Business Realities“ and „Mezinárodní obchod“ (taught in Czech at the Faculty of International Relations) have been certified with EPAS accreditation by the European Foundation for Management Development (EFMD). International MBA program is accredited by the association FIBAA (Foundation for International Business Administration Accreditation) and by CAMBAS (The Czech Association of MBA Schools), which is a member organization of EQUAL – European Quality Link by EFMD (European Foundation for Management Development). The Faculty of Finance and Accounting has received the accreditation from the professional body, the Association of Chartered Certified Accountants (ACCA). In August, 2018, the Initial Accreditation Committee of AACSB (The Association to Advance Collegiate Schools of 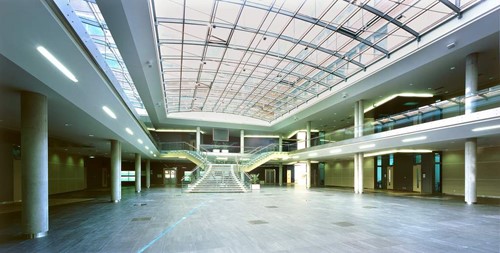 Business) accepted the Initial Self Evaluation Report, thus allowing VŠE to enter the core part of accreditation proces. VŠE is ranked by the Financial Times annually and has already been appraised for several years by the Eduniversal Ranking project as one of the best “business schools” in Central and Eastern Europe.

VŠE is successful within international cooperation. The university currently cooperates with more than 240 partner universities worldwide. There are approximately 1 000 outgoing students annually with an even higher number of foreign students accepted from abroad. VŠE is a member of numerous international organizations and networks such as the international strategic alliance CEMS (Global Alliance in Management Education) and PIM (Partnership in International Management).​VŠE is also a member of the PRME Initiative (Principles for Responsible Management Education). The PRME Initiative is the first organized relationship between the United Nations and management-related academic institutions, business schools, and universities. 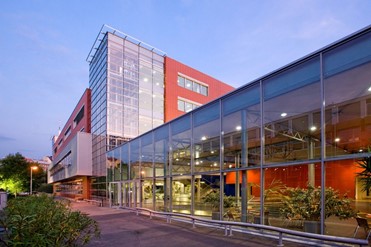